I taught myself how to make Red Velvet cake during my stay in Toronto. I had seriously started obsessing over that cake and when a friend happened to have his birthday while I was there, he asked me to bake him a Red Velvet. He even provided organic beet juice to add to it. I remember that my first attempt was a total disaster. The beet juice alone did not dye the cake (I later learned why) and the recipe I had picked just did not work out in general. It took me several attempts and changes to get to what works for me, but I eventually did and I was able to celebrate my friend’s birthday with his cake of choice.

5 years later, I find myself in Sweden and one of the closest friends I made here happens to be Canadian. Her birthday is approaching and guess what cake she asks me to bake? Well apparently baking Red Velvet cakes for Canadian friends’ birthdays has become a pattern ever since my first Red Velvet in 2011! So here’s my trusted recipe, the one I’ve been baking for 5 years now and which never lets me down. Since I learned it adapting an American recipe, this recipe is measured in cups.Red Velvet cake (for a 24-cm baking pan):

Preheat the oven to 180°C. In a bowl, combine the butter and the sugar. In another bowl, mix the flour, baking powder and cocoa. With a hand mixer, cream butter and sugar and, when combined, add the eggs, one by one. Since I use gel food colouring, I add it to this mixture at this point. Quantities vary depending on the type and brand, my advice is to use a little more than you would think you need, simply because you are going to add cocoa later and you want the red to be strong enough to be visible even after adding the cocoa (if you put too little red, the cocoa will overshadow it and the cake will turn out brown once it’s baked, so go for some little extra red here). When all the eggs and the colouring gel have been mixed in, sift one third of the flour mixture and mix it in. Then add one third of the buttermilk and mix that in. Keep adding the flour mixture and the buttermilk always alternating. Transfer this batter into a cake pan and bake for about 50-55 minutes, or until a toothpick inserted in the centre comes out clean.

The reason why beet juice did not work out the first time I made Red Velvet – but it used to back in the ’50s when the cake was invented and dyed with natural food colouring – is found in a chemical reaction that is no longer happening. The beet juice reacted with the vinegar and cocoa used in the original recipe and kept the batter red even once baked. Not only did I choose baking powder over the original combination of soda and vinegar, but the commercial cocoa powder that we can find nowadays is processed in a different way than it used to be back in the day. So adding beet juice can be a really interesting and healthy addition, but it will have no colouring effect on the final product, unfortunately, so the only thing that can make your Red Velvet red is artificial colouring.For the frosting I used the following:

Combine mascarpone and cream cheese and beat at low speed. Add the sugar, sifted, and the vanilla, and keep beating. If the mixture gets runny (this is something that happens when powdered sugar is combined with cream cheese), keep mixing at a higher speed until it whips and gets firmer again. Stop the mixer and pour the whipping cream in one go, then start the mixer again and combine at low speed. Again, the mixture will go from runny to firm. Stop the mixer as soon as it gets firm enough to hold peaks. Do not overmix or the cream will separate, so the same rules as in normal whipped cream apply here.Since I made my cake the day before the party, I decided to make half of the frosting and only fill the cake, and let it sit like that overnight, before I went on with the outer frosting, which I did on the following day. The fridge’s humidity may damage the looks of the frosting, and I didn’t want my cake to look stale at the birthday party. Half of the frosting was enough to fill the cake and crumb coat the sides. When cutting the cake to fill it, I also cut out the rounded top to even it out, and I let that part out on the kitchen counter to dry. On the following day, I crushed that part and used the tiny little crumbles for decoration, to give my cake the traditional Red Velvet finish.

I didn’t slice the cake for the photos because I had to take it whole to the birthday party, and once there I swear I had the best of intentions to photograph it sliced, but I was having a good time and decided to enjoy my time as a guest and not stay in the other room with a slice of cake and the camera and be the obsessed blogger. So no photos of the sliced cake in this post, sorry. But the party was lovely and all the guests loved the cake and this mattered more to me then. 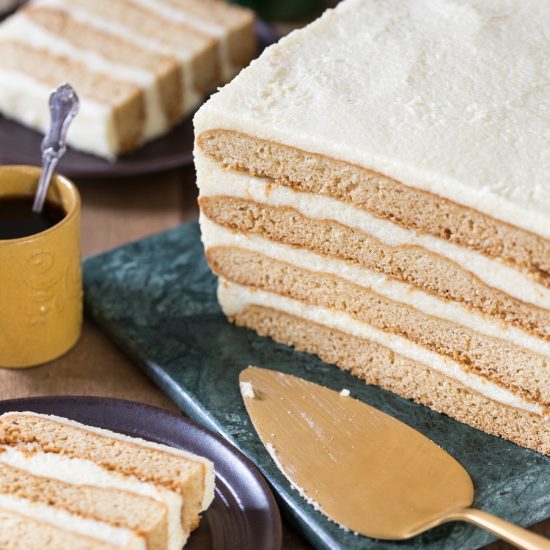 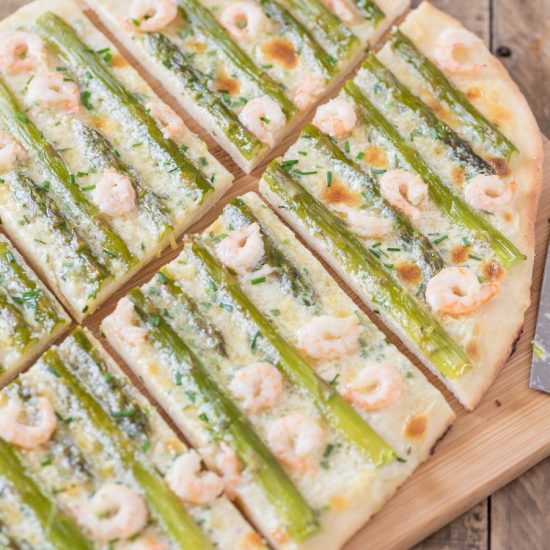